The history of lightning rods:

On June 15, 1752, in a storm in Philadelphia, an inventor named Benjamin Franklin (Benjamin Franklin) blew up a kite with a wire tied to it. He had previously inserted a metal key In the metal kite and keep it at hand. Through this experiment, he was able to observe that through the wire, the electricity reached the point and the sparks flew away.

He can confirm that the metal key is electrostatically charged, and he demonstrated that the clouds are charged and lightning strikes are large electrostatic discharges.
Franklin discovered that if lightning strikes or what he called electric fire, when it comes out of the clouds, it finds a metal pipe on its way to the earth, it will stay there and dissipate. After an annual crazy experiment, a year later, in 1753, he discovered a lightning rod named Franklin, which made the kite the most famous kite in history. 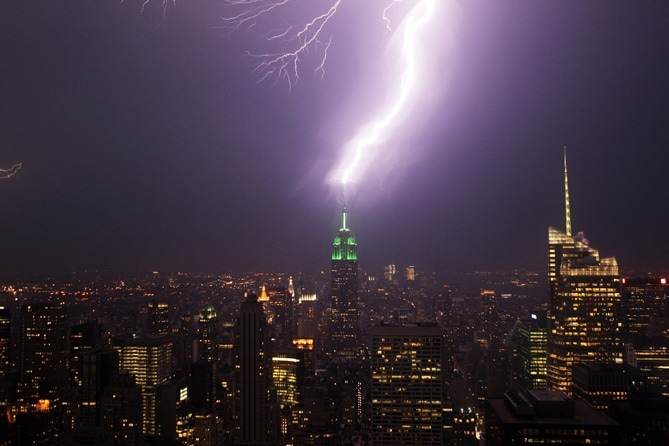 In advance to prevent lightning rod of exciter and reflector and the collecting rod is insulated. The tip of the exciter and reflector with special structure, energizer absorb and store energy from the nature of the electric field. Reflector with lightning rod to  connect well with the earth and the same potential. Typically, energizer has certain electromagnetic field intensity with reflector. Flash before the thunder and  lightning, lightning rod under  the effect of electrostatic induction, the lightning rod on the heterogeneous charge increased rapidly, the electric field strength rapidly boost exciter voltage between reflector and increase rapidly, cutting-edge spark breakdown the surrounding air. Ionizing air makes put lightning rod in the central collection of rod and discharge excitation device in a very short time.Preliminary put lightning rod ahead of schedule, because of its special structure, the existence of a large number of air ions to produce a faster than normal lightning rod upward discharge channel,the lightning unlike charge neutralization in advance, spilled on the earth, and the better protection for buildings.
Product features: